Research Engagement and ImpactAiming to catch criminals as never before 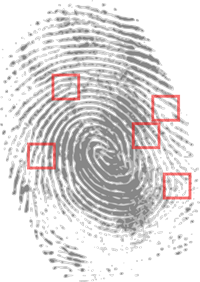 New technology being developed at Flinders is aiming to help identify suspects from a simple touch on items that have rarely been used for DNA testing before.

Identification of criminals and terrorists from traces of material that they leave behind at crime scenes and on items that they touch is a cornerstone of forensic science. Typically, fingerprints and DNA in body fluids such as blood yield the most valuable crime-solving leads. Flinders, through the leadership of Professor Adrian Linacre, Chair in Forensic DNA Technology, is at the cutting-edge of DNA analysis where invisible traces containing just a few cells deposited by criminals as a result of a single and brief touch can yield valuable evidence.

With $205,193 in funding from the Defence Science and Technology Group (DST) – Defence Science Partnership program, the School of Biological Sciences’ Professor Adrian Linacre and Professor Paul Kirkbride will initially aim to gain useful DNA profiles from items such as cartridge cases, timing devices, circuit boards, tapes and wires. These crucial pieces of evidence are especially relevant to investigation of terrorist bombings and other serious crimes yet it has been notoriously difficult to obtain DNA from these objects in the past. The innovative method uses a specifically devised micro-swab combined with a process that greatly enhances the sensitivity of the genetic testing. The outcome is that DNA profiles are generated from items of forensic interest where it has not been possible using standard methods.

A further aim of the project, Informative genetic data from trace material collected from a range of forensically informative substrates, is to include genetic testing that examines areas of the genome that determine certain physical features such as eye and hair colour as well as where in the world the person leaving the DNA may have come from. The ultimate goal of that work is to provide law enforcement agencies with a new type of intelligence that can help them identify unknown criminals and terrorists. Combining all the DNA testing will ultimate provide highly informative genetic data if persons touch any of a wide range of surfaces during a criminal and terrorist action.